We are so excited to be serving children from all over the Miami Valley and sharing our love of gymnastics, martial arts, and sports education in a non-competitive recreational environment!  We believe these activities will not only develop a child's flexibility, strength, and coordination, but can also provide self-confidence that they can use in all aspects of their lives!  We want to be the Gym Where Learning and Turning is FUN!

Our mission is to provide a safe, educational, and enjoyable environment where children can develop self-confidence, enhance their physical abilities, and gain skills that will promote personal achievement.  Gymnastics builds strength and improves motor skills, flexibility, and coordination.

Always remember, A BUSY KID is a HAPPY KID!

We look forward to making you a part of our BUSY KIDS FAMILY!

Ms. Michelle is the owner of Busy Kids Gymnastics and a local to the area growing up at Wright-Patterson Air Force Base.  She attended and graduated from Fairborn High School in 2004 as a three-season varsity sport athlete while also playing competitive travel softball for the Ohio Heat.  She attended her first university Northern Kentucky University on an athletic scholarship where she was part of the longest undefeated single season record; in all sports and all divisions at 55-0 before the Norse received their first two losses at the National Championships at the Division II Level in Salem, Virginia.  She then transferred home to Wright State University where she was a preferred walk-on for the Raiders receiving a full athletic scholarship.  She helped the Raiders win back-to-back conference championships in 2007-2008 and advancing to regionals at the Division I level, playing against schools like University of Michigan, Northwestern and North Dame.  She graduated WSU with a Bachelor's in Criminal Justice in 2008.    She then worked for Montgomery County Juvenile Court System for several years before leaving to go into the Air Force Reserves.  Upon her return she then worked in outpatient therapy before quickly moving into Durable Medical Equipment and Sales where she currently works full time with multiple orthopedic doctor groups located in Dayton.  She is a United States Air Force Veteran and currently a Traditional Reservist with the 445th Air Lift Wing here at Wright Patterson Air Force base as a Medical Technician.  She is a Nationally Certified Emergency Medical Technician, CPR, NCSI, FBI and BCI Background Certified.  She is also a USA Gymnastics Director Certified and Executive Level Certified member.

As the Lead Ninja Coach Ms. Michelle has been active in her main sport of martial arts for 20+ years and is a 3rd degree black belt. She has taught various age ranges in Tae-Kwon-Do, Jiu-Jitsu, and Muay Thai.  She has competed on various levels within forms, contact fighting, weapons and jiu-jitsu.  She was even a state ranked champion.  She has trained competition teams who have won multiple tournaments and she has also headed demonstrations teams who have performed for the Globetrotters.

Ms. Kate is a Beavercreek local where she was born and raised.  She attended and graduated from Beavercreek High School in 2005 as a three-season varsity sport athlete while also playing travel softball for the Miami Valley Express.  She then attended the University of Dayton while also playing Varsity Softball at the Division I Level with an academic and athletic scholarships.  She graduated in 2009 with a Bachelor of Science Degree in Exercise Science.  In 2009, she was accepted into a Doctorate Program at Tennessee State University in Nashville, Tennessee and also finished her last year of NCAA eligibility playing D1 softball for the Tigers.  She became a Doctor of Physical Therapy upon graduating in 2012 after passing the National Physical Therapy Exam. She worked in outpatient orthopedics after graduating for a few years before taking on the role of Director of Rehabilitation at a local skilled nursing facility.  Ms. Kate works as our Program Director  who oversees the development of structured courses to ensure every member of Busy Kids Gymnastics and staff members are benefitting from proper exercise form and skills that promote a healthy lifestyle.  Ms. Kate is CPR, First Aid, NCSI, FBI and BCI background certified.

Born and raised in Dayton, Ohio, Ms. Jena attended and graduated from Bellbrook High School.  She attended Aveda Institute of Columbus where she received her Degree in Cosmetology.  Growing up she participated in gymnastics beginning at age two and competed through level four gymnastics dedicating over 16 years to the sport.  She began competition cheerleading and tumbling where she mostly competed during her high school years.  She currently works for herself at the Salons Greene as a Cosmetologist specializing in hair and wax.  In her free time, she loves spending time with her daughter, Rylee who is following her footsteps in competition cheerleading and tumbling.  She enjoys being a cheerleading coach, reading and doing anything outside.  She has two black cats, named Charlie and Nacho.  Ms. Jena has been with Busy Kids Gymnastics since its opening in 2012.  She is NCSI Background and CPR Certified.

Director of IT, Assist. Ninja Instructor

Mr. John was born and raised at Wright-Patterson Air Force Base.  He graduated from Fairborn High School being a multi-sport athlete.  He has a first-degree black belt in Tae Kwon Do and has participated in the sport for many years.  He attended Wright State University and then enlisted into the United States Army.  His first duty station was Fort Wainwright in Fairbanks, Alaska.  He finished off his military service at Fort Carson in Colorado Springs, Colorado.  After separating from the service, he returned home to Beavercreek, Ohio.  He currently works for Linquest Corporation as a Senior Cyber Security Analyst.  He is currently finishing his degree with Purdue University.  He enjoys spending time with his wife, Ms. Elizabeth who works our front desk, his two daughters Lilly and Sofia.  He has two dogs; Buckeye who is a mixed breed and Daisy, a Blue Healer who they rescued.

Ms. Elizabeth was born and raised Greene County, Ohio.  She pursues her bachelor's degree in Business Administration, while traveling across the USA at the time in support of her active-duty husband.  When Ms. Elizabeth is not taking care of her Busy Kids family, she spends time with her husband, daughters exploring the outdoors, traveling and enjoying being a mother.  Some fun facts about her are she has rescued two dogs, used to live in Alaska and is married to our Ninja Instructor, Mr. John.

Ms. London is a Miami Valley Native who has recently graduated from Mount Saint Joseph's in Cincinnati with a Dual Bachelors Degree in Communication and New Media Studies.  She has practiced competitive and exhibition martial arts for over 10 years.  She  currently works full-time for the Greene County Newspapers as a writer for local and online publications in the Fairborn Daily Herald and Xenia Gazette.  She is our Assistant Ninja Instructor.

One block south of Dorothy Lane. 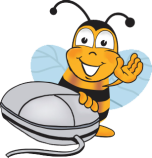